So we went on a little fieldtrip last week for Spring Break.  We had loads of fun in Atlanta, GA. 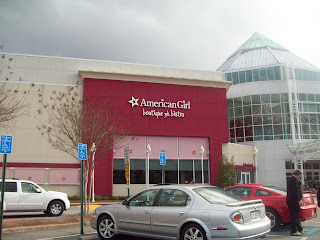 We have literally been studying American History all year long through the American Girls series.  At this point, NyGirl has finished reading through each series up to, I think,  Molly.  So it’s been fun.
The doll was expensive, but for all the hard work NyGirl has put into school this year I think it was well deserved. 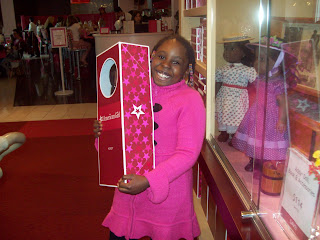 Next stop: A wonderful Messianic congregation right outside of Atlanta, for a taste of Hebrew on Shabbat.

It was probably a bit of a culture shock to NyGirl at first but I think in the end she enjoyed it.  Especially Oneg.  Wonderful kosher food, fun, and restful fellowship was involved.  I would say our family had a great time there.
I think more than anything I enjoyed the Davidic dance and the Hebrew.  There is nothing like sitting back to listen to the radiating sound of the Hebrew language resonate through your soul.   It is soul-stirring– I enjoyed it.
Next day, stop 3: Coca Cola, downtown Atlanta. 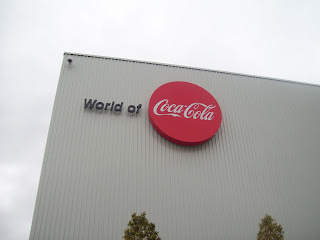 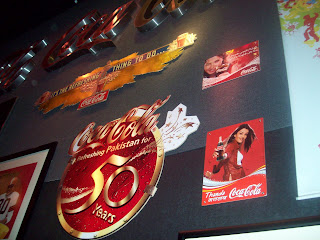 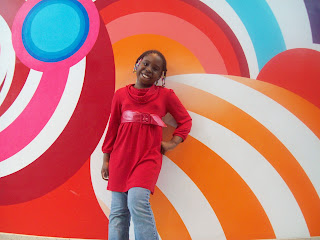 I couldn’t resist getting in the pic with the Coca Cola wall!

There’s the bear. What was his name again? 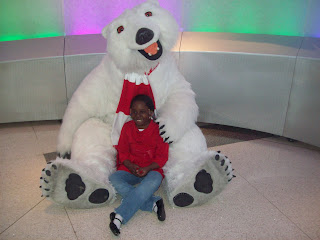 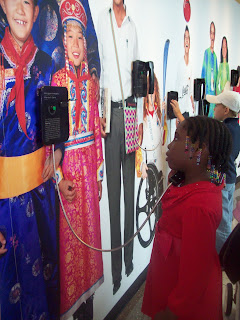 Here is where learning gets fun. Since my husband’s native language is French, he tells us how he remembers these exact ads growing up.
I take it “Arrete-vouz” is French for “STOP!”. 🙂 Fun. 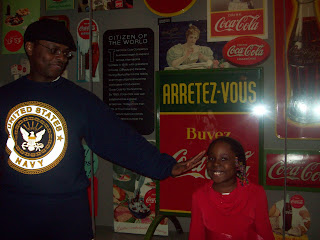 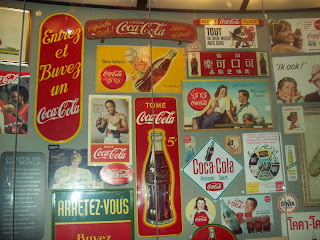 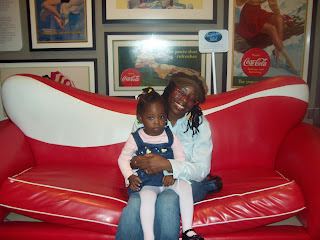 Lots of taste-testing going on there. There were over 60 countries (if I am not mistaken) represented at the taste-testing. Of all the countries, the colas I liked the least were European (Russia- very bland taste imo), and South America (too peppery for me). South Africa was interesting — everything had this Cola nut or pineapple kind of zing to it. Japan was pretty yummy! Ha.
When I finally got around to tasting North America’s samples, I felt relieved to be “back home” where the tastes are familiar. But it was a fun experience overall. The kids loved it.

So, last but not least, we head over to the Children’s Museum of Atlanta.
BabyZ finds activities to get into right away. Her energy level never ceases to amaze me. 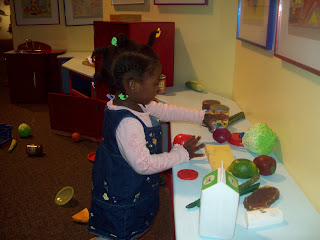 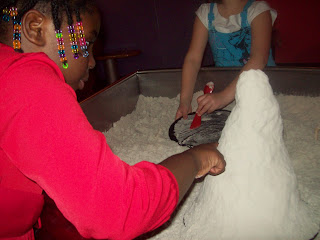 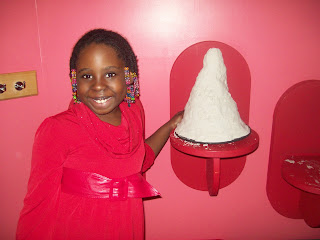 We get NyGirl settled into some clay-dough forming activity which was really cool. The substance was really different- not even clay dough to be exact. It is dry enough to feel a little like sand, but moist enough for you to squeeze it into shape without much effort, AND it doesn’t make a mess. Big plus in my house. I wish I knew what that stuff was — I would buy some for play dough fun.
Afterward we enjoyed a nice cozy meal at Azio’s in downtown Atlanta, then headed back to the hotel to rest for the next day’s travel back home.
All in all, it was a fun and educational experience for the kids, and for the parents too!
We had a great time on our field trip, Spring Break 2010.
Here’s a quick video clip I created about our fieldtrip:

Create your own video slideshow at animoto.com.