Toddlers growing up, and a bit of American history

It is becoming SO much easier to accomplish school tasks around and other things around the house now that BabyZ is finally growing up.

It’s bitter sweet– she is no longer small enough for me to zip her around in my sling, but also no longer crying all day long, can communicate (she talks up a storm!), and is now interested in her own little things – like drawing with crayons and markers.

So– *sigh* (of both a bit of sadness for seeing most of babyhood beginning to disappear and also of relief as I embrace this new stage!)…it is liberating.

Although I cannot make any claims to our home school being toddler-interruption-free (is there any such thing?), I can definitely say we’ve come a long way.

Sitting at our kitchen table sometimes for school now– WOW.  That is all I can say.  We couldn’t do this for nearly two years.  Any kind of resemblance of formal schooling (chalk/marker boards, sitting at tables), all went out the window shortly after BabyZ was born.  Now, we are finally able to find ourselves doing these things…these small, simple things…and we are amazed.  Funny how you miss the simple things of life when they are difficult to access for a while.  When you are finally able to do them again, it almost becomes fun in a strange kind of way.

We still don’t prefer all the formalities so often, (I’d much rather the kids get out and learn), but we do like a healthy balance of seatwork and outside activity.  So we did all of our “seatwork” early this morning and had a blast learning about Congress.

Yeah…Congress. And the House of Representatives, and Senate, and the three branches of government (things I haven’t studies since high school!) I really like the way our curriculum brings it out: 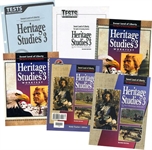 We are only on lesson 3, but so far enjoying it.  I will have to sit down soon and write up a curriculum review for it, after a few more lessons.

Here is an example of a letter writing activity where the lesson suggested that my daughter pretend she were one of the delegates at the meeting (Articles of Confederation), and write a letter to his 4 year old daughter describing what happened at the meeting.

Considering we were having a hard time with creative writing up until now, I would say these types of writing exercises have been helping her.  We went from a typical two sentence answer to a whole page!  Whoo-hoo!!  I like that the curriculum has a writing exercise like this for most of the lessons I have seen so far.  I have to double check to be sure they are included all the way through.

So, in Lesson 3, we also photocopied the song “America The Beautiful”.